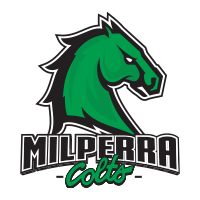 The Club must be affiliated with the Canterbury Bankstown District Junior Rugby League Football Club Incorporated.

The headquarters of the Club must be at the Clubhouse, Killara Reserve, Panania, or such other locations as may from time to time be selected by the General Committee for that purpose.

The Colours of the Club must be Green, White and Black.

To encourage Junior Rugby League in the Canterbury Bankstown District.

The management and control of the Club must be vested in a Committee to be known as the General Committee, consisting of a President, Honorary Secretary, Honorary Treasurer and Committee members.

7.  POWER OF THE GENERAL COMMITTEE

The General Committee must be entrusted with the General management of the Club and in particular the following:-

(a)  The decision on any application for membership of the Club with power to refuse any such application without the obligation of providing any reason for the same.

(b)  The arrangement of teams to play in the competition and the appointment of team coaches.

(d)  The application and custody of all the funds of the Club.

(e)  To fix the numbers to participate in any squad from which a team is selected.

(f)  To delegate the management of any of the Clubs activities to a Sub Committee which must be under the control of the General Committee.

The General Committee must meet at least once per month or at  a frequency determined by the executive committee at such times and places as the Committee may from time to time select or as the President may appoint.

A quorum for a General Committee meeting must be at least seven (7) persons, two (2) of whom must be any of the following – the President, the Honorary Secretary, the Honorary Treasurer or Vice President

(b)  The Secretary must give twenty one (21) days notice of the Annual General meeting, by mail and/or email and/or Club newsletter and /or annual year book, stating the nature, time date and place of such meeting.

(d)  An extraordinary General meeting may be called at any time on receipt by the Secretary of a request in writing signed by six (6) financial members and setting out the motion to be put at such meeting.

(e)  The Secretary must call the extraordinary General Meeting within twenty one (21) days of receipt of the request as per paragraph (d) hereof and give at least seven (7) days notice to members as provided in paragraph (b).

(a)  The returning Officer must call for the nominations to fill the following positions:

(b)  Nominations for the above officers must be in the prescribed form signed by the candidate, his proposer and seconder, all of whom shall be Financial Members of the Club and such nominations must be lodged with the Honorary Secretary at least seven (7) days before the Meeting.

(c)  Voting for the various offices must be under the control of the Returning Officer and must be in accordance with the provisions of Clause 11 (b) hereof.

(d)  The General Committee must appoint the following;

·  A Vice president who must be one of the elected Committee members.

·  The Publicity Officer, the Honorary Assistant Secretary and the Delegates to the Junior Rugby League, who must all come from the elected Committee Members.

(e)  An auditor who must be qualified to act as such, and who must not be a Member of the Club.

(g)  Any office not filled at the election of officers and any casual vacancy occurring among the Office bearers may be filled by the General Committee protem pending an election to be held to fill such vacancy, which election must be held at a special General Meeting to be called for such purpose within six (6) weeks of the vacancy occurring.

The President must preside at meetings provided that he may in their discretion allow the Vice president to preside.

1.  The Honorary Secretary must issue all notices, must attend to all incoming and outgoing correspondence and must accept all monies received by mail or monies received in the absence of the Treasurer.

2.  All monies so received to be paid to the Honorary Treasurer as soon as possible and the Treasurer must acknowledge of same by issue of a receipt.

3.  The Secretary must also attend to all affiliation and capitation fees and must cause the Treasurer to draw necessary cheques for such purposes subject to the approval of the General Committee.

4.  The Secretary or their nominee must keep minutes of all meetings and must assist the functioning of the Club.

The Honorary Treasurer must be responsible for all Club funds and will keep the financial records of the Club. The Honorary Treasurer must also table a financial report at each meeting of the General Committee and must arrange for the audit of the books yearly. No monies or cheques must be paid out unless passed by the General Committee and/or the executive Committee.

The Publicity officer must attend to all Club Publicity with the exception of calling meetings as herein set out.

The Social Secretary must control the social activities of the Club.

The Auditor must audit the books yearly or in the interim if the occasion is deemed necessary by the Committee.

The coaching coordinator will be responsible for ensuring that all coaches are accredited with the appropriate body and provide ongoing assessment of their skills throughout each season. They are responsible for arranging regular coaches meetings to discuss results progress and address any coaching/training issues.

(a)  The Clubs banking accounts must be with such bank or banks as may from time to time be determined by the General Committee. All Club Monies must be deposited into a Bank account as soon as convenient and wherever possible all accounts rendered to the Club should be paid by cheque and/or via internet banking.

(b)  Payments should be made to liquidate outstanding accounts at the earliest possible date and within the terms of trade after authorisation by the Committee.

(d)  All cheques must be signed by two of the President, Vice president, Honorary Secretary and Honorary Treasurer who must be the only authorised signatories.

(e)  The Sub Committees must meet during the season as directed by the General Committee.

(g)  The Honorary Secretary and Honorary Treasurer must receive a minimum honorarium of one (1) dollar per year.

(h)  No team may take the field in any game, competition or social without the permission of the Club or team official in attendance.

(i)  No player can be upgraded two (2) grades regardless of parents consent unless they have reached the age of eighteen (18) at which time they will be deemed an adult.

(j)  TEAM FUNDS – where funds are collected for the purpose of an “end of year” event for that team the funds must be deposited within the Club’s bank account and the amount recorded by the Honorary Treasurer and the relevant team manager with a copy to the Honorary Secretary. All funds not allocated at the end of each calendar year will be returned to the Club as general revenue.

(k)  TEAM SPONSORSHIPS- where sponsorships are generated for any specific team then half of the funds received will be considered as general sponsorship funds of the Club. The remaining half will be treated as team funds as per point (J).

(a)  Applications for membership should be submitted to the General Committee. Fees relating to new members must be paid within twenty one (21) days of notification of acceptance by the Secretary.

(b)  All annual fees will fall due on the30th April.

(c)  Members will be given one (1) months grace to pay fees after the 30th April.

(d)  Members with unpaid fees after the above period must cease to retain membership.

(e)  The General Committee has the right to vary this rule if unusual or extenuating circumstances are involved.

(f)  The General Committee may decline any application for membership without giving any reasons therefore.

·  The privilege of Life membership must entitle the holder to vote or speak at any meeting and to stand for office as prescribed.

·  All nominations for Life membership must be made in writing and signed by at least two (2) members of the Club, and must be submitted to the executive Committee not later than the first (1st) of September.

·  A secret ballot must be held in respect of each nominee by submitting the following question “are you of the opinion that the nominee is entitled to Life membership, Yes or No”.

·  To be elected the candidate must secure a majority of at least two-thirds affirmative votes of those cast.

·  Life members on election to the office, must be entitled to receive from the Milperra Colts Junior Rugby League Football Club Incorporated a Jacket, with the words “Life Member” placed on the jacket.

·  The number of life memberships must not exceed two, excluding any fifteen (15) playing years service players entitled to Life Memberships.

·  Ten (10) year players – players who have completed ten (10) year service (does not have to be continuous) are entitled to receive free registration after their 10th year together with a jacket  (or similar) acknowledging their achievement.

Any conduct by a member which is unbecoming, or in a way detrimental to the interest of the Club may be dealt with under Clause 17.

(a)  The General Committee must have the power to reprimand, fine suspend for any period not exceeding twelve (12) calendar months, accept the resignation of or expel any member or player who shall infringe any regulation or by-law or against whom any complaint in writing has been lodged with the Honorary Secretary or whose conduct must in their opinion render such member or player unfit for membership of the Club.

(b)  No Member or player must be suspended or expelled by the General Committee until after a notice must have been previously sent to their address inviting them to attend before a General Committee and notifying them of the charge or charges made against them.

(c)  Seven (7) days notice of the hearing must be given to the member or player complained against also to the complainant and should either fail to attend the General Committee may proceed and hear the case as if both parties were present.

(d)  If after hearing all available evidence the General Committee must be of the opinion that the complaint or charge has been sustained they must inflict such penalty as they think fit, but should the penalty be suspension or expulsion, then a majority of at least two thirds of the Committee present and voting must vote for suspension or expulsion. If the complaint or charge be not sustained, then the Committee must dismiss the issue without prejudice

(e)  Any member or player proceeded against for misconduct must be entitled to be represented before the General Committee and must be entitled to appeal to the General Committee of the Club, in the event of them being suspended or expelled. A member or player under this clause must forfeit all subscriptions previously paid that person and also all rights in claims upon the Club.

(a)  These standing orders must be applicable to all meetings and must be construed subject to this constitution.

(b)  Meetings must, subject to the presence of a quorum, start at the time and place set out in the notice and must, at the discretion of the meeting, continue until all business has been disposed of.

(d)  Where meetings are held at a certain place and time, no further notice shall be required.

(e)  Special Committee meetings must be called by the Secretary or at the discretion of the President. Such meetings to be valid shall require forty eight (48) hours notice.

(f)  When the President rises to speak, any member speaking must cease.

(g)  Any matters not dealt with in these standing orders must be governed by the customary procedure at meetings.

This Constitution may be amended by a resolution passed by a two thirds majority of members present at any Annual General Meeting at which notice of the proposed amendment must have been given or at a Special General Meeting convened for such purpose.